The horror and thriller parts in this movie is a more in-depth exploration of many issues, and even has elements of scientific explanation, so that the whole level of the horror film more deep, not for the sake of scaring.

Of course, this is not a perfect ghost movie, some of the performance is actually can be improved, such as editing and plot connection are quite big problems, the audience will be unable to keep in the same mood.

“This is the second grade, and there’s no suicide note.
“What else? That’s the place where our school is haunted.”

Just the opening scene of the girl hanging herself, and with these words, we can tell that this incident has happened more than once.

The film is roughly divided into two important story lines, one is the story line of Eun-hee and the other is the story line of Ha-young, a female student, so the film’s main story line is quite clear to me, although some people on the Internet say that the film’s editing is very confusing, which is true, especially when some clips are strung together so that the audience does not know what the director is trying to express and how the film is connected. The film’s relevance (especially the scene of Eun Hee’s mental shadows, at the beginning of watching completely unable to connect what is going on) is very stuck in the middle, in fact, after understanding of the story, but feel that these are not a problem, but also to understand the way the director will be arranged in this way.

In fact, the director used a lot of ghosts on Eun Hee, but at the end I felt that it was more like her traumas (linked to the answer at the end, and I figure it right), for example, the ghost student was hit by a car in front of Eun Hee, at first I really did not understand what this paragraph is trying to say, and it does not look like Eun Hee was haunted, but the truth is that there is a secret in Eun Hee’s mind, because the female ghost student who has been following her was her best friend before.

Therefore, I interpreted these images of haunted scene to Eun Hee as two :

The movie also keeps going through the whole story through the interaction between Eun-hee and Ha-young, bringing out the sadness in the school and the unknown secrets between teachers and students.

The female students do not want to be humiliated state of mind, choose to forget these things, the class leader has said she is already 19 years old, still wants to go on the life. And the video recorded by the former friend of Ha-young before she suicide also said “I would rather die than be humiliated by others”.  These girls are clearly the victims, but they are the final bearers of the tragedy, and these shadows will follow them for the rest of their lives, and they will not be able to talk about their suffering to anyone else.

In the end, Eun-hee is taken away by the police, but her mental state is not too good. It seems that Mi-sook’s grandmother knows something again, because in the film, she says that it is a “ghost returning”, this is also matched with Eun-hee’s words “it was Qiyan who came to me”.

Howeverm when the audience thought it might be the ending already, the biggest twist came, in fact, when the initial sexual assault was Eun Hee herself, and Qi Yan did die, and the principal asked her not to publicize the incident who happened to Eun Hee, even blamed on her. So to sum up, the girl who was taken by military was Eun Hee.

This ultimately tells us that whether it is a person or a ghost, what happened at the school if the teacher did not accompany with the child when they need help, it will cause a greater tragedy later, as for the guard uncle actually knows who Eun-hee is and what she is doing, but he chooses to let the things happen, because this is also the motive that he wants revenge (especially the principal blames on Eun-hee for the tragedy before, the guard must not accept Eun-hee being treated in this way).

So the final clarification, “was it really Qi Yan who approached Eun Hee?” Originally, we all thought that it was Qi Yan’s ghost that came to Eun Hee for revenge (just like the what Mi-sook’s grandmother said “ghosts returning”  ) , but with a twist and a turn of events, the fact is that these ghost film scenes are a fusion of Eun Hee’s own guilt towards Qi Yan, her own strong guilty and emotions, so what Eun Hee saw were all hallucinations. 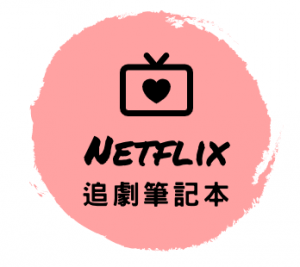