Korean movie “The Anchor” is a great movie! “ The Anchor ” is a Korean suspense thriller released in 2022, which should be classified as a god movie this year. The plot of “ The Anchor ” is about an anchor (Jung Se Ra) who receives a mysterious phone call before broadcasting the news asking Jung Se Ra to broadcast the news that she is about to be killed.The IMDb score for “ The Anchor ” is 6.0 / 10 , first of all, I was quite surprised that the IMDb score for this film was not very high at the beginning, because I personally feel that this film has a pretty impressive design, the plot is full of reversals, suspenseful and thrilling, watching the process of ghost possession and mental illness will be intertwined thinking, through the murder case to find everyone’s inner pain personality and trauma. In the end, I really dropped my jaw, originally to solve the case, but the scriptwriter-director through another case to bring out the beginning of the original case and in-depth exploration ~ I really love “ The Anchor ” ! And the main actor is my favorite Shin Ha-gyun, I saw him in the Korean drama “Monster” before and was shocked by his acting skills ~ I recommend you to watch this movie.

The case became a springboard for the ambition to become an anchor for Jung Se Ra?

“I think I would be very happy if my death was confirmed by the eyes of Se-ra’s anchor and reported through Se-ra’s anchor, because I always wanted to be like you, sister. Before we know that Se-ra actually has a So-jeong personality, this is a mystery that cannot be solved. First of all, I think at the beginning, Se-ra’s mother So-jeong said, “What if what that person said is true? From the beginning of the movie, the audience can see that Se-ra’s mother is the source of pressure for Se-ra to get the official anchor position, and that Seung-ah is also Se-ra’s rival. However, does Se-ra want to report the truth, or does she want to become a full-fledged anchor in order to track down material for a follow-up report? It becomes a controversy throughout the movie, especially because the case is taken seriously and Seung-ah’s already done feature report is also replaced.
The first part of the story is very necessary and crucial, because it drives the personality of Se-ra’s character later on. Se-ra’s indifference is a sign that she only cares about being noticed. She has seen the murder scene and knows how the mother and daughter are poor and neglected by society, but she chooses to turn the case in her favor with her cold and realistic attitude.

However, Se-ra messes up all of this because of her psychological state. I also like how “ The Anchor ” puts Se-ra’s ambition to become a full-fledged anchor on top of her mother’s pressure and expectations, and then makes it into a product of “mental illness and schizophrenia” because Se-ra is unable to grasp the pressure of the murder, which means that Se-ra will be reprimanded by her mother again. I love the intertwined presentation and exploration of the supernatural and psychological aspects of this film! Because it is revealed that Se-ra has So-jeong’s personality at the end, it is because of So-jeong’s personality that Se-ra is interested in the case of Yoon Mi-soo at the beginning. Maybe this is a chance to become an official anchor”, so it is So-jeong’s personality that desires this case, not Se-ra.After watching “ The Anchor ” , the audience will understand why Yoon Mi-soo wants Se-ra to help her broadcast the “ The Anchor ” . So-jeong took Se-ra’s suicide case to convey her pain of having her life ruined for the sake of having a child in her marriage, so she chose Se-ra.

This also goes back to the fact that Se-ra’s weakness and source of stress is her mother (in fact, it’s also caused by her mother’s personality in her head), and the intertwining of the story lines in “ The Anchor ” is not simple, but not complicated either.For example, Se-ra vs. In-ho is an investigative reporter and a suspected murderer, and they are supposed to be in an opposing relationship. In-ho becomes a kind of painful soulmate who is understood because Se-ra goes to hypnosis.Se-ra also felt the pain that Yoon Mi-soo felt at the beginning, and completely felt the process before Yoon Mi-soo’s murder, and brought out the scary role of So-jeong, the mother, because this role is the character who put Se-ra in pain, and is also the main reason for Se-ra to gradually develop a new personality, and So-jeong himself also fell into the pain and horrible personality because In-ho told the truth. So-jeong himself is also in pain and a horrible personality emerges because In-ho tells the truth. However, the biggest kicker of “ The Anchor ” is that the personality inside Se-ra is her own mother! The murderer of Seung-ah is So-jeong, but it is actually the So-jeong in Se-ra’s head who did the murder. (This will be discussed in more detail in a later section)The characters of “ The Anchor ” have their own story lines and are entwined together, which is a very good technique of the screenwriter of “ The Anchor ” ! The butterfly effect and the tragedy of the story gradually become clear that everything is not related to ghost possession, but to “split personality” and “pain”! In the case of Yoon Mi-soo, the one who called Se-ra for help was probably the personality that Yoon Mi-soo wanted to protect his daughter, but the murderer was the personality in Yoon Mi-soo’s head that wanted to hurt his daughter.

Is it a ghost or mental?

At the beginning, when Se-ra started to see the ghosts, it must have made the audience think that they were the ghosts of Yoon Mi-soo, who probably blamed Se-ra for not reaching out to her immediately, so she came to Se-ra, so the hallucinations started to be shaped as a way to make Se-ra feel guilty inside. It is also interesting to note that this is very similar to what we usually hear about the dead wanting to seek justice, so they use Se-ra to help them find the murderer.I think it’s interesting that “ The Anchor ” combines the paranormal phenomenon of a ghost with a psychological state, so that the audience can explain these “special phenomena” as supernatural, or as emotional disturbances in the mind.When Se-ra went to In-ho, she was originally asking about the case, but it seems that In-ho told her that everyone has “such a person” as an excuse to deny what she did, and who knows, maybe that person will come to you too. In terms of Se-ra’s own supernatural visions (or maybe they were just visions in Se-ra’s own mind), the scriptwriter and director made it seem like Se-ra herself had compassion for the deceased’s past, but she chose to use the case indifferently to get herself rewarded for her work. Therefore, if we look at the psychological level, Se-ra has subconscious guilt for the loss of her daughter’s life, so the visions become a subconscious manifestation of Se-ra’s inner guilt, making her think she has encountered a ghost, but in fact it is an internal effect.In the first half of “ The Anchor ” , I thought that Se-ra saw a ghost because the supernatural might exist now. The writer-director gives the audience a big twist: Se-ra never sees the ghosts of the mother and daughter, but rather the memory of Se-ra seeing her mother hang herself flashes back in her mind. “ The Anchor ” really plays with the audience to a great extent, and also makes a lot of possibilities and titillation in the audience’s mind.


A murderer exists but doesn’t exist? “ The Anchor ” is the most creative portrayal of split personalities

The Anchor” is a movie that perfectly matches the focus of the “split personality” process with the murder, which is the most creative way to tell a story about a mental illness I’ve ever seen! When Seung-ah was killed by the “So-jeong personality” in Se-ra’s head, it was a moment of revelation! The audience realizes that Se-ra actually has a split personality, and that her mother does not exist in her home.This echoes In-ho’s statement that “everyone has that one person” who controls them, which is said to be protective but also dangerous. So-jeong’s attempt to kill Se-ra left a huge trauma in her heart, and finally her mother chose to commit suicide because of Se-ra’s words, so this personality existed in Se-ra’s head, as if she had a lifelong guilt of trying to save her mother’s life by listening to her mother’s words, so Se-ra allowed So-jeong’s personality to exist, and also complied with her mother’s wishes and manipulation (with So-jeong having died, this is true). Se-ra allows So-jeong’s personality to exist and submit to his mother’s wishes and manipulations (which, when combined with the fact that So-jeong is dead, is indeed very much like a paranormal possession).

This echoes the fact that the vision Se-ra sees is not of Yoon Mi-soo, but of her own mother hanging herself. In the end, we can see that Se-ra’s shadow and trauma came from the fact that her mother blamed Se-ra’s existence as a child as an obstacle to her promising career as an anchor, so she wanted to strangle Se-ra, which is why Se-ra suddenly said, as if possessed, “If there were no children, would this have happened? The reason for this is that Se-ra’s personality, So-jeong, suddenly appeared in her head, making it look like she was possessed by a ghost.Se-ra’s case is the same as Yoon Mi-soo’s, both of them are possessed by their personalities. Both Se-ra and Yoon Mi-soo are tragedies created by tragedies. So when Se-ra saw her mother kill herself, she felt that it was her own sin, and that’s why she and her mother pursued the personality of an anchor to realize her mother’s dream and protect herself from her sinfulness, but she also developed the terrible So-jeong personality.Se-ra finally got rid of her mother’s personality in hypnosis because she was not running away from the sinfulness, but in contrast to Yoon Mi-soo, she was not able to face and let go of it properly, so her subconscious personality killed her daughter and finally committed suicide. 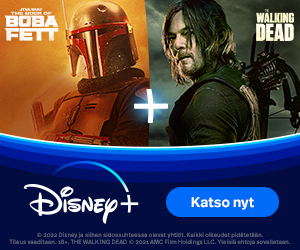